I have often heard my herbal friends bemoan the fact that in Australia we are ‘not connected’ to the rhythms of the year, to the seasons, in the ways that (we imagine) people in other parts of the world are. This is not only because we are an urban bunch, the argument goes, but we ‘just don´t have the distinct seasons’ here.  This is a particular problem for those herbalists who see their craft as intrinsically tied up with traditional understandings that bind their work to the natural environment.

While Indigenous understandings of the seasons is specific to different parts of the country, and Tim Entwistle of the Royal Botanic Gardens in Melbourne argues that we should have five seasons not four, in this blog I am making a different point. I draw attention to the connections that have arisen between some public holidays that have developed since European colonisation and the old Celtic festivals.

When the British colonised Australia in 1788, like all immigrants they brought their culture, their way of being in the world, with them. One aspect of this was the festivals, the times of celebration. Partly because the seasons in the Southern Hemisphere are opposite to those in the North, European seasonal festivals do not work well here. However something of those rhythms was not extinguished but remains; these festivals have to some extent been imported into the national psyche – particularly the festivals of Beltane (fertiliy) and Halloweeen (death). 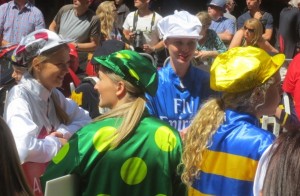 The old Celtic (pagan) celebrations of the seasons were the solstices, the equinoxes and the cross-quarter days – eight festivals in all (see table below). The two big ones were the two religious festivals – the northern midwinter festival of Christmas and the spring festival of Easter are held here in summer and autumn respectively because we matched the calendar dates (December and March/April), rather than the seasons (winter and spring) to the mother country.

While Easter and Christmas, as fixed religious festivals, were imported to the new colony immediately, it took time for other public holidays to develop. However as this occurred, an interesting pattern emerges. On six of the eight ancient pagan calendar points we have significant cultural festivals within a few days. The missing two are the winter fetivals – clearly winter is less important to celebrate in Australia!

The major ones are easy – Christmas, a midwinter festival in the northern hemisphere, becomes a midsummer festival. Easter, a spring festival in the north, is our autumn festival and marks the end of summer. The changing date of Easter is determined by the solstice – Easter Sunday is always the first Sunday after the first full moon after the March equinox. This year (2016) Easter is early, as there is a full moon on 23 March, just two days after the equinox, and therefore  Easter Sunday is on 27 March. In the years when the moon is dark at the equinox, this first full moon may fall three-plus weeks after the equinox, and so Easter can fall well into April.

As I mentioned, we miss out on the winter festivals.  Neither the winter solstice on 21 June nor midwinter on 1 August are etched in the national psyche. However if we allow flexibility of a few days to a week, the other festivals coincide with important cultural events.

The spring equinox falls well into the footy finals seaon, our cultural marker of the end of winter. In Melbourne, it also coincides with  the Royal Agricultural Show. In my childhood, Show Day was a public holiday usually held close to the equinox, on the Thursday of Show Week.

Australia Day on the 26th January feels like a midsummer festival. I associate it with heat, tennis (the Australian Open) and barbeques. In recent years this festival  has moved from being an celebration of our British heritage to a more complex and sometimes divisive day as Indigenous groups acknowledge a more sombre occasion, renaming it as Invasion Day. I look forward to the development of a more nuanced national conversation, beyond ‘us and them’ to a more complicated us, recognising both the indigenous society which was invaded and the prisoners who were sentenced to exile to become the first British settlers. The date will not be forgotten – the arrival of the first British fleet is significant to us all.

The most dramatic similarities with the Celtic calendar are the festivals of Beltane and Halloween. Beltane is held midway between the spring equinox and summer solstice, and is a pagan fertility festival. In the northern hemisphere this fall on May 1, and is a time of maypoles and flowers. In Australia  November 1 (transposing 6 months) is always close to the day when a horse race stops a nation – the Melbourne Cup is held on the first Tuesday in November. If ever there was a fertility festival in Australia, this is it. Flowers, fashion, horses and the beginning of the extended end-of-year festivities.

Similarly Halloween, held midway between the autumn equinox and winter solstice, was in the Celtic calendar the time to remember the dead, It was said that at this time ‘the veils between the realms are thinnest’. In the northern hemisphere this is October 31, the day before All Saints Day on November 1. In Australia, we have our own day of the dead. Six months and a few days earlier on April 26th, midway between our autumn equinox and our winter solstice, we commemorate the battle at Gallipoli where so many Australian young soldiers died. It is a very sombre acknowledgement of all  Australians who have fought in wars. Our own Day of the Dead. 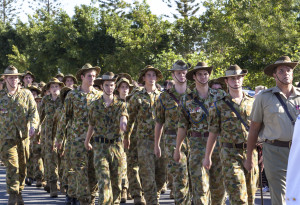 The annual cycle of festivals means that we develop a deep understanding of these times of the year. We get to know these dates in our bones. We have a body memory. I know in my body how a picnic on Cup Day feels different to a picnic on Australia Day, how the weather feels at different Easter (autumn equinox) than during the footy finals (spring equinox). My mother had weather observations around these festivals – one was ‘if it’s not hot by Australia Day, it won’t be hot this summer’, and another ‘it always rains on Anzac Day’. Other people associate gardening wisdom ‘plant out your tomato seedlings by Cup Day’.

These festivals mark the turning of the year, the changing of the seasons, and were part of how people connected with the natural environment. A slight change of focus is all that we require today to once again use these festivals with their strong cultural connections, as links to our own local environment.