There’s a real buzz in the air about new style of naturopathic conference that is coming to Northern NSW in August. The organizers are naturopaths Rachel Arthur, Nirala Jacobi and Kathryn Simpson amd they have tagged the event ‘by naturopaths for naturopaths’.The  Australian Naturopathic Summit will foreground the experience of practitioners who are taking their naturopathy into new areas, and the focus looks to be on the varieties of clinical practice, and on where practitioners are taking their naturopathy rather than on recommendations for clinical treatments. The viceo clip of my presentation is below. The event promises an exciting weekend.

The organizers have been motivated to establish a ‘new type of conference’, to be ‘independent and truly unbiased’ free from the influence of manufacturers which has dominated the Australian naturopathic scene for decades. This influence is of concern to many in the profession, who recognise that while the interests of the natural products industry and the naturopathic profession overlap on many issues, they are not the same. Selling product and treating patients are very different core activities. The influence of the industry on naturopathic education, particularly on the provision of continuing professional education (CPE) via seminars and conferences – CPE is required for all practitioners – is of particular concern.

To ensure the independence of the Summit, the organisers launched a very successful crowdfunding campaign. However the organisers did not completely leave out the 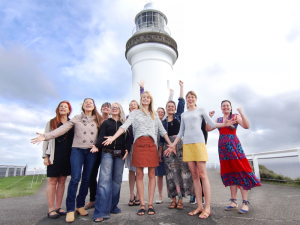 manufacturers – rather they established criteria by which they vetted potential company sponsors.  This is not an easy or strainghtforward process and it has led to miscommunication with at least some of those who pledged their support via crowdfunding.

In a post to the Summit’s Facebook page (see Visitor posts, on the left), a supporter was surprised to recieve marketing material from a company advertising their support for the Summit. As a contributor via crowdsourcing he had assumed from its funding model that it would be an event independent of commerical support. The Summit organisers responded that this was not their intention, but that they had established criteria by which they vetted company sponsors and in their minds ensured that the event would be free from company bias – without company sponsored speakers, without company showbags.

Does this mean no bias, no influence? Company sponsored speakers and gifts in the form of showbags are easy to recognise… it is more difficult to assess indirect influences such as brand recognition and association. Clearly  the distribution of the advertising material in question by the company was intended to positively influence the recipients. How does this sponsorship in turn influence the Summit? This is not easy to assess. Conferences can be expensive exercises, and the organisers are to be congratulated on creatively addressing the problem. And that the Summit   stimulating so much discussion.