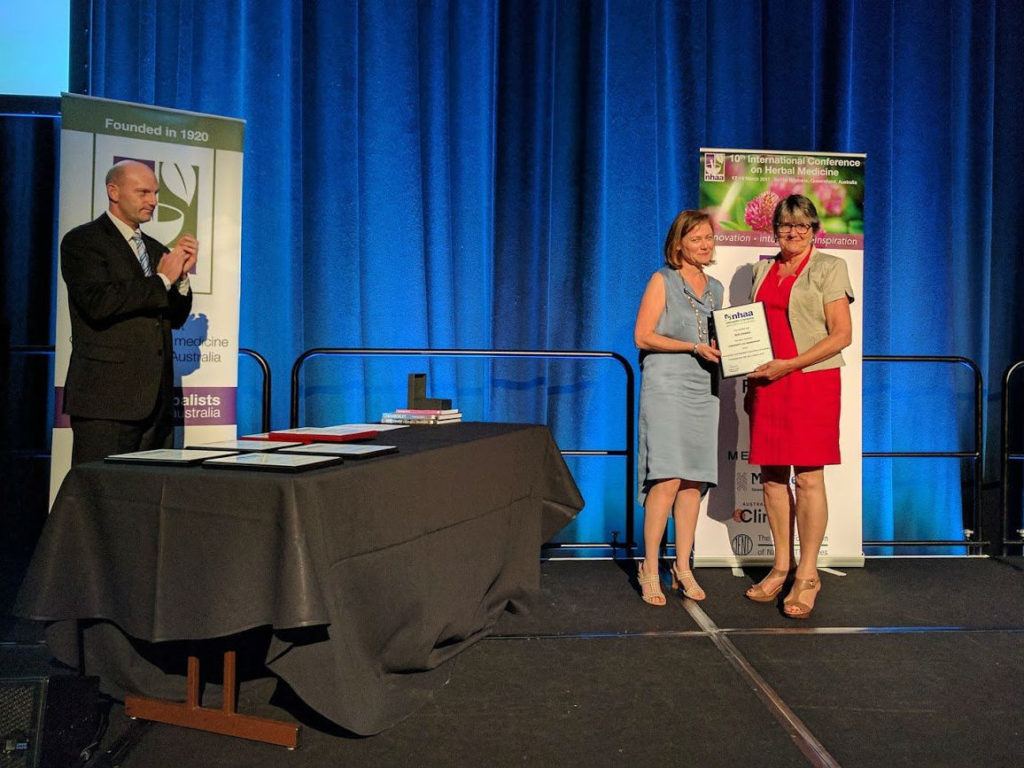 Sue Evans’ lifelong commitment to herbal medicine began when she enrolled in the National Institute of Medical Herbalism course in the UK, graduating in 1982. Over the decades, Sue’s love and commitment to the field of herbal medicine has encompassed education, including teaching, mentoring and course development; clinical practice, research and writing and policy development. The longevity of Sue’s unwavering dedication to the herbal medicine profession has seen her steady and insightful stewardship across these sectors of our profession. Perhaps what most underpins and distinguishes Sue’s approach is her unwavering ethical position on ensuring the sustainability of herbal medicines; both in raising the awareness of sustainable manufacturing practices and encouraging practitioners to develop ‘grass roots connections’ to the plant world.

Some background about ‘our Sue’ …..

After returning to live in Melbourne with 3 young boys in the mid 1980s, Sue immediately set up a clinical practice, which she continued for two decades. At this time Sue was invited to teach herbal medicine at the SSNT Melbourne – where she inspired several generations of budding herbalists – many of whom still prescribe ‘the Sue Evans Anx Mix’!

In the 1990s, Sue was the founding herbalist in the new ‘Whole Health Clinic’, one of the first multi-disciplinary clinics established in Melbourne. Sue was also a founding member and President of Vicherbalists, an organisation that began independently in the late 1980s and is now a thriving chapter of the NHAA.

Having now moved back to Melbourne, her genuine herbal home-turf, Sue is currently a Senior Lecturer in Complementary and Alternative Medicines in the School of Medicine at the University of Tasmania. And she has once again returned to being an active member of Vicherbalists, as a speaker, mentor and ‘sage’.

As an active and dedicated member of the NHAA for several decades, Sue has made major contributions via her previous role on the education committee. She has been a speaker at most if not all NHAA international conferences since they began, and has worked tirelessly on the Program Committee for this 2017 international conference. Sue is the current Chair of the NHAA’s Board Member Advisory Committee and has been since its inception in 2015, was elevated to Fellow status of the NHAA at the 2015 International Conference and is a former Board member of the NHAA.

Sue is a most deserving recipient of life membership.

Awarded at the Naturopaths and Herbalists Association of Australia 10th International Conference, 18 March 2017